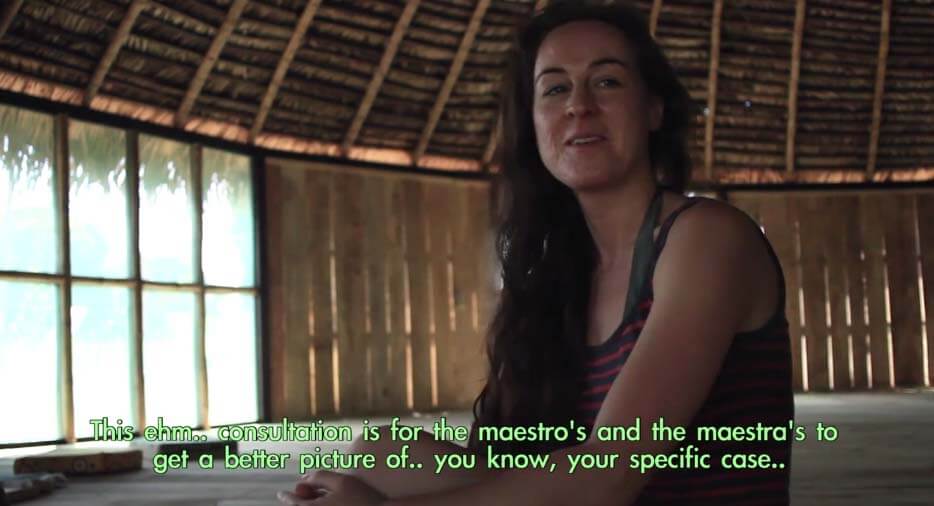 A short film by Marleen Hendriks

In the summer of 2016 my good friend Marleen Hendriks, who studies art in Tilburg in the Netherlands, came to Pachamama temple to shoot the footage for a film project. All of a sudden I became a camera assistant and  Marleen had the challenging task of directing me in making the right shots. Not an easy task, for both of us, as there was no script or clear idea on what the movie was going to be about. Jungle style film making at its best. As I have known Marleen for many years I knew this was not going to be another standard film about ayahuasca as we have seen so many on the web. Marleen has her own highly original style, and I love it.

After a turbulent  year Marleen has finished editing and we were happily surprised by the fruits of her labour. Poor perceiver has turned out to be a beautiful, captivating and visually attractive film about a deeply personal journey. It not only shows Marleen her struggle with her own healing process during ceremonies but also the difficulties she encountered in making this into a film that would fit her style. And she nailed it!

The film has multiple layers that are skilfully weaved together to keep the momentum going. There is not a boring moment in there. Watching this film Marleen takes you by the hand for you to join her on an expedition into the Ayahuasca experience with our Shipibo meastros and into her mind. A very interesting expedition by all means. Brutally and bravely honest at some moments the viewer is stimulated to also take a good look at their self. So… if you are looking for a film that will answer all your questions on Ayahuasca maybe Poor perceiver is not for you. If you would like to see a film that will make you wonder and want to explore for yourself Poor perceiver is definitely a must watch.