The Pachamama Temple in Yarinacocha 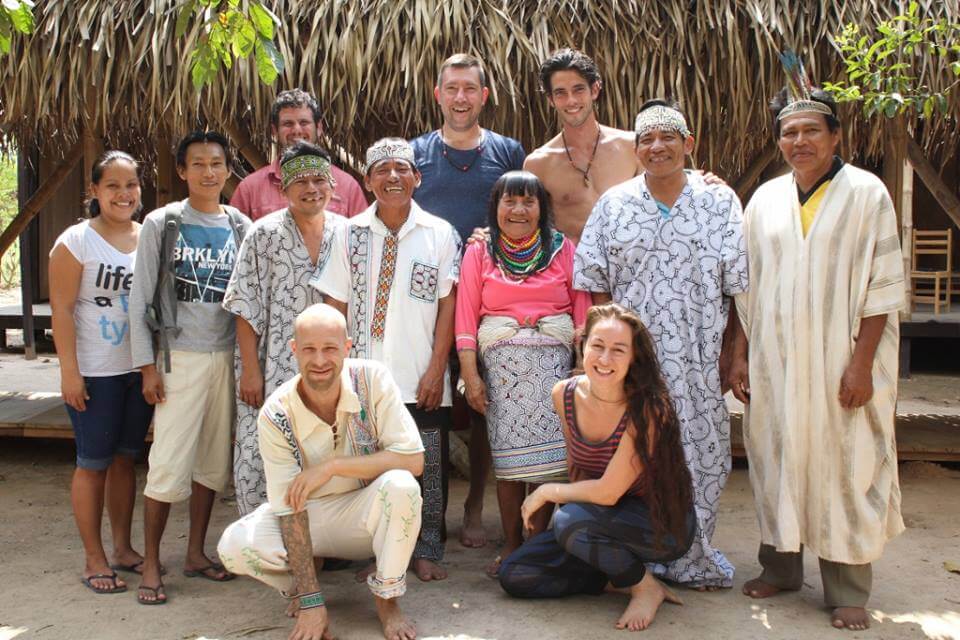 This is a transcription for Spanish to English of an article that was originally published in the Pucullpa, Peru newspaper. 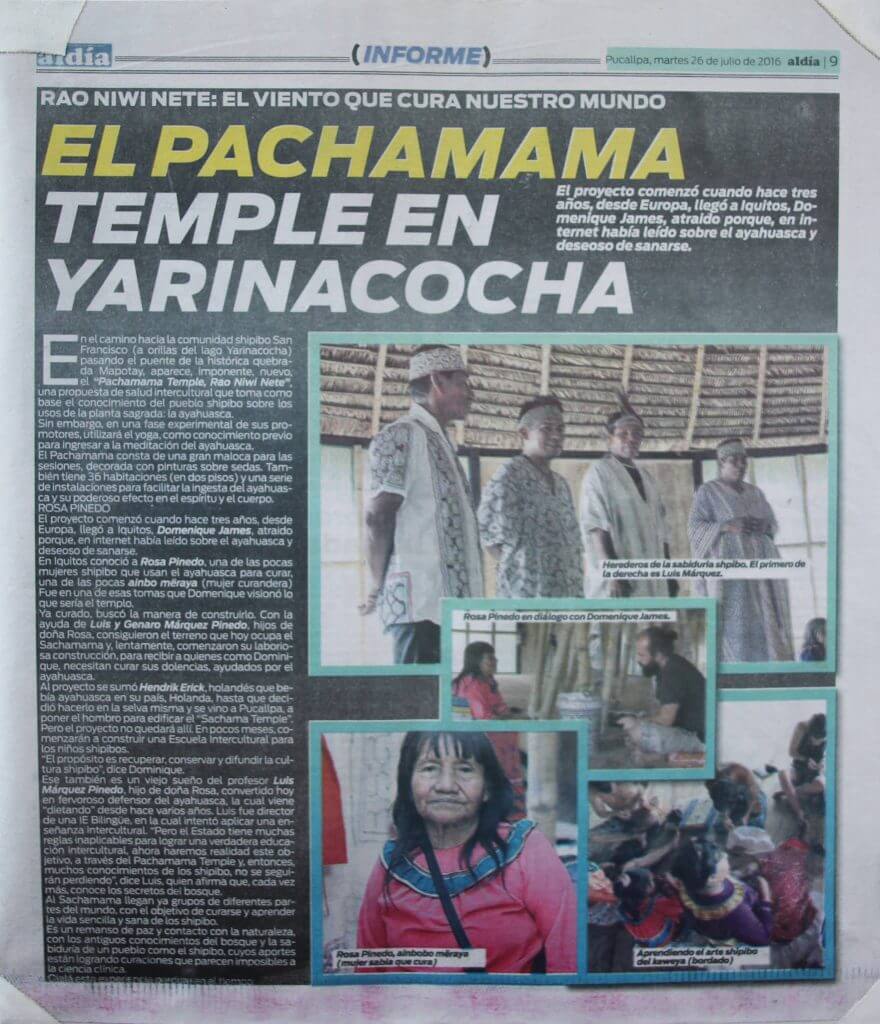 On the way to the Shipibo community of San Francisco (along the Yarinacocha river), after passing the bridge at the historical Mapotay Creek, stunningly appears the brand new Pachamama Temple, Rio Niwi Nete. The Temple is an intercultural healing center based on the knowledge of the Shipibo people and their traditional use of the sacred plant, Ayahuasca. The founders have also designed the space for practicing yoga and meditation, which will support visitors as they integrate their ceremonial work with the sacred Ayahuasca medicine.
The Pachamama Temple centers around a beautiful maloca, decorated with woven song tapestries designed by skilled Shipibo artisans, and designated for ceremonial and group work. The Temple also provides 36 rooms (shared on two floors) to comfortably host Ayahuasca retreat guests throughout their stay. According to Rosa Pinedo, one of the lead healers at the Temple, “The project began when 3 years ago, Dominik Janus came to Iquitos from Europe, attracted to Ayahuasca and hopeful to receive personal healing.” In Iquitos Dominik met Rosa Pinedo, one of the few Shipibo women Ayahuasqueros (Ayahuasca Healers). It was in one of his ceremonial experiences that Dominik had a vision of what would become the Pachamama Temple. 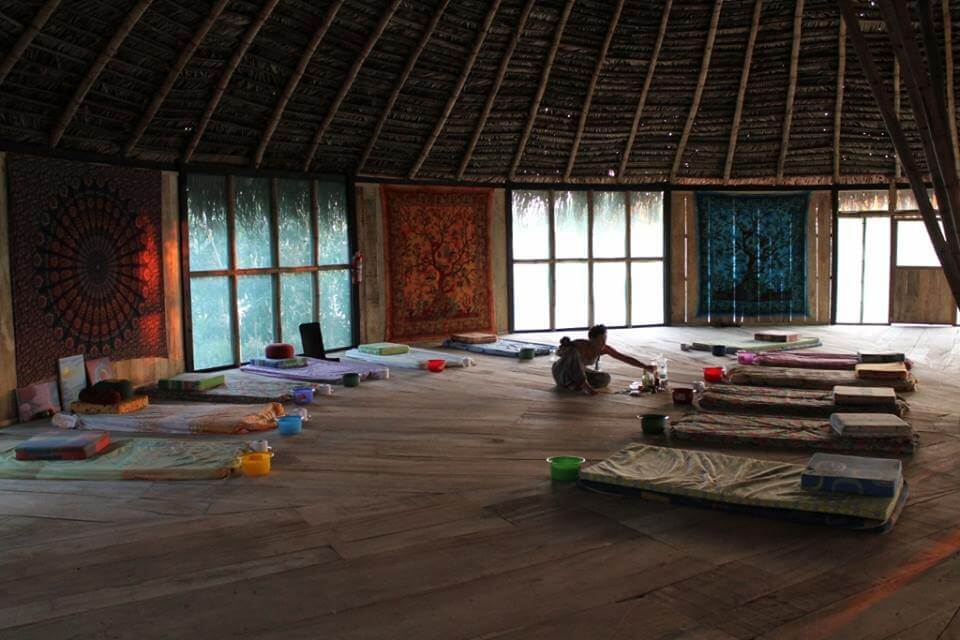 After returning to England from his initial visit to Peru, Dominik began developing plans to build the Temple. With the help of Luis and Genaro Marquez Pinedo, sons of Rosa, they purchased land and began building the Pachamama Temple. After a chance encounter during an Ayahuasca retreat in the Pucullpa area, Erik Hendriks of Holland joined the team.
What exists now is only the beginning of a much bigger vision for the Temple. In a few months they will begin the addition of an intercultural school for the Shipibo children of the region. “The main purpose is to get back, preserve and spread the Shipibo culture”, says Dominik. That is also an old dream of professor Luis Marquez Pinedo, son of Rosa, who is today a passionate defender of Ayahuasca. Luis was the principal of a Bilingial “IE”, in which he tried to implement intercultural teaching, “But the state has a lot of rules that do not apply to reach a true intercultural education. Now we will be able to accomplish this goal through the Pachamama Temple, so that a lot of Shipibo knowledge won’t keep getting lost,” says Luis. 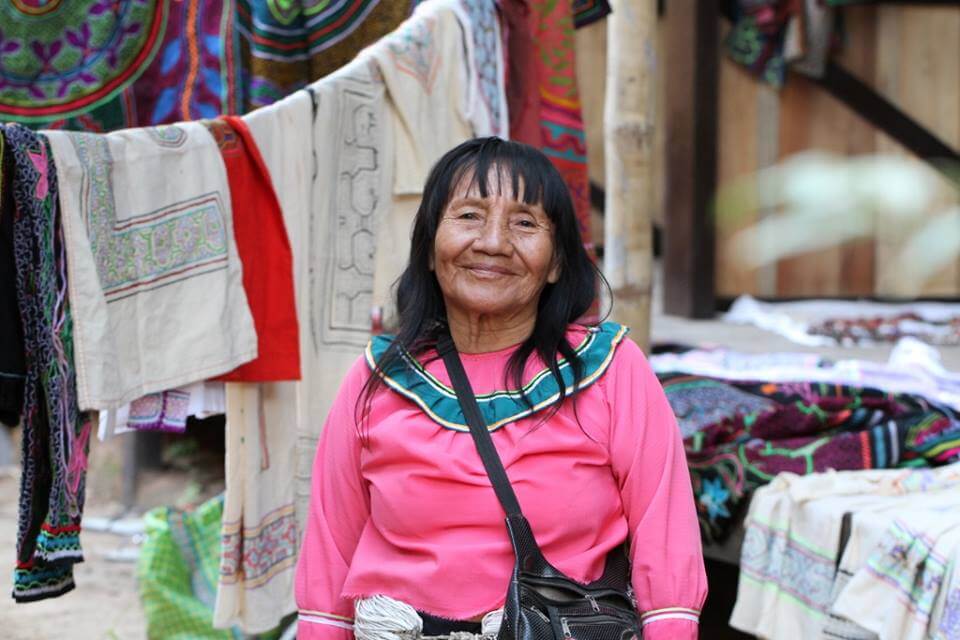 Retreat guests from all over the world are already arriving to visit the Temple, seeking their own healing and wanting to learn about the simple and healthy life of the Shipibo. The Temple is a place of peace and contact with nature, sharing the ancient knowledge and wisdom of the Shipibo traditions, and offering deep healing that defies logic in the eyes of clinical science.