The Origin of the Ayahuasca brew 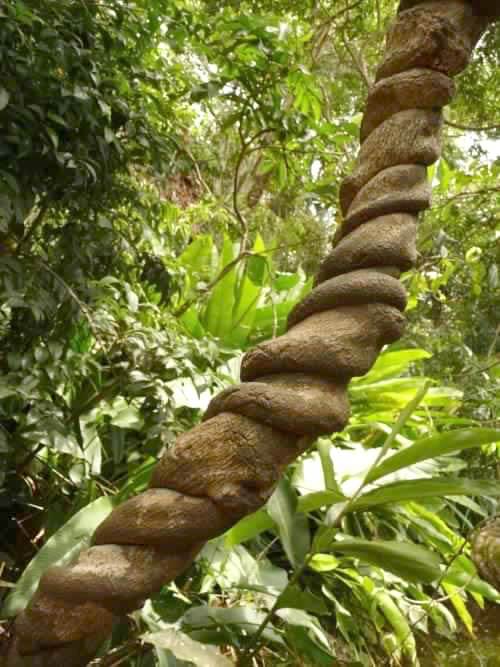 Hello readers and once again thank you kindly for your attention.  In todays blog I will be sharing a story, the story of Ayahuasca.

Now there are many different stories and myths about the origin of Ayahuasca, but this is the version that I have been told by my mother Mama Rosa when I was a little boy and I would like to share it with you.

There was once a Shipibo man who’s mother and father had journeyed deep into the mountains, while there they mysteriously died.  Feeling a deep sorrow and alone in the world without his parents, the man traveled to the mountains to take his own life.  After many days of ascending up the mountain he became thirty, he cut into a vine seeking water to drink.  The particular vine he choose did not expel water but instead a yellowish resin poured out.  Curious the Shipibo man decided to taste of this mysterious sap.

Later that evening a spirit appeared before him in his dreams and asked why he had tasted from the vine.  He replied back that he was thirsty and so he drank. The spirit did not accept this answer, he explained that he knew the man was seeking the truth about how his parents had perished.  He went on to tell the man that the vine he drank from was called Ayahuasca and the if wanted to know the truth about his parents death he needed to go back and cut more of the vine.  The spirit also told him this vine could not work on its own though it needed the leaves of another plant. He was told where In the jungle he could find it and that its name was chackruna. The Shipibo man, desperate for a answer, did as he was told.  He made a brew of the Ayahuasca and Chacruna and drank this plant diet until finally he saw a vision of his parents and how they died.

Finally after many years of healing others his cycle of life had come near its end.  He announced his impending death to his tribe and requested his body be tied upright to a tree.  Following his death the mans sons did as he asked and left his body tied to a tree.  The sons returned two months later to discover his body has transformed into Ayahuasca vine.  His torso become the roots and stem of the vine and he arms and legs had become the twine.  He left the knowledge and himself as medicine for his tribe and to this day the Shipibo use Ayahuasca and its plant partner Chacruna to deliver healing and insight to the community.

And that is the story about how ayahuasca was discovered in this world.