HOW DO YOU BECOME AYAHUASCA SHAMAN? 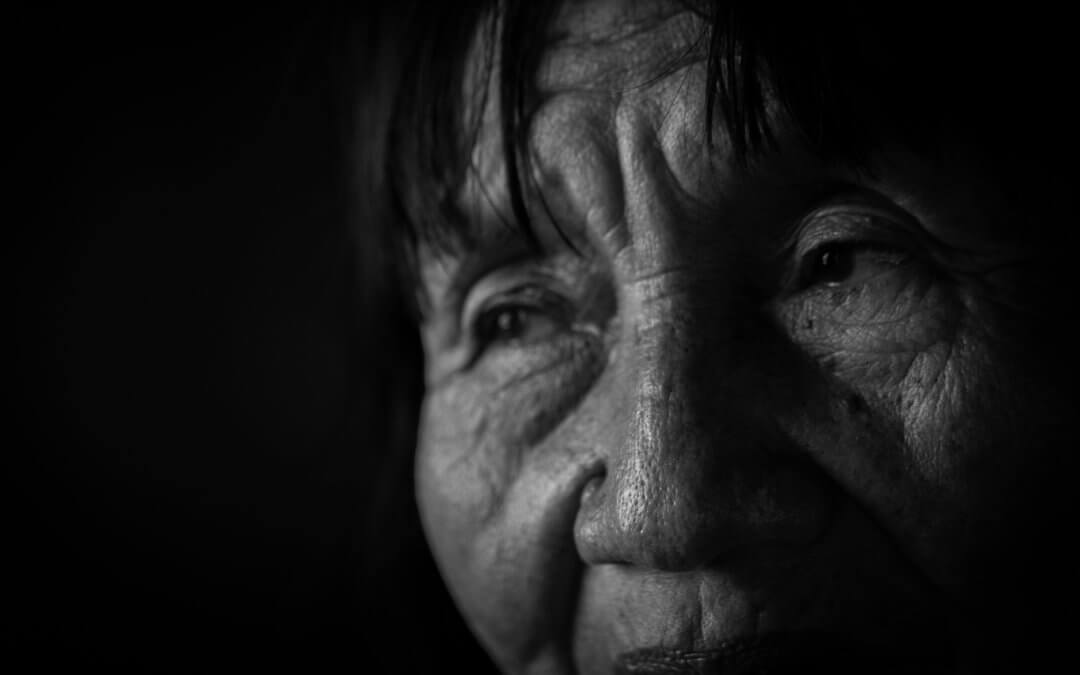 For those who have been long in the world of Ayahuasca this might sound like a banal question, however, many people who would yet like to embark on their journey as well as first time Ayahausca travellers are often not familiar with the process of one becoming Maestro. Here in Pachamama, temple one of our Shamans holds a lesson on the same subject each retreat and we have found that many of our guests are surprised to hear how one actually becomes an Ayahuasca healer. In this article we will explain the process in detail as told by our Maestro Genaro.

First and most important, when an individual wants to become a Maestro (Maestro is a more appropriate term according to Shipibo people as they say that the term “Shaman” came from the west), he/she needs to have a legitimate calling to be a healer. As with anything else in life that is truly rewarding, it is not an easy path and having a genuine desire that comes from the heart is the most important pre-requirement. After one has realised that this is what the heart desires, they find a Maestro/Maestra to guide and teach them. Very often the calling runs in the family as it is an example in Pachamama temple where Mama Rosa initiated all three of her sons and her daughter into the world of plant healing. The next and most important step is dieting plants. Now this is where most of our guests get surprised as majority believe that Ayahausca Maestros practice only Ayahausca but this is far from the truth. Ayahausca is only a channel, a gateway for all the other plants they have dieted throughout the years. The process of dieting a plant is a whole other inexhaustible subject, however, we will try our best to explain it briefly. Each plant teacher has its teachings and wisdom. From small plants and bushes to big trees. When dieting a plant to acquire its wisdom, one must drink the essence of the plant (prepared in a traditional way and drank at sunrise in a ceremonial fashion) and do so for at least a few months. Each dieta has its own rules (small plants being less demanding than big trees), however, all dietas share a few common rules: very restrictive food intake (usually only plantain and one type of grilled fish), no sexual intercourse (including masturbation), and preferable isolation to be able to hear the teachings within. Some plants are less restrictive and one can eat a few other vegetables, however, all exclude any spices, oil, alcohol, sugars, processed foods etc. For example, our Maestro Feliciano told us a story that when he was going through six months of dieting a very strong tree, he moved out of his house and from his family, to be in solitude and away from any temptations. When practicing to become a Maestro, one needs to accumulate at least 3 years of dieting different plants. Dietas can be done with short breaks, however, long breaks are not recommended. Each Maestro has his/her main plant teacher that they have mastered for a longer period of time and they often draw a parallel to western doctors who all have different specializations. In addition to that one main plant, they build up their power with different plants. The fact is, the more dietas one has accumulated, the more wisdom and more healing power. As simple as that. Dietas (when done properly and in a traditional way) are extremely hard and require a lot of sacrifice. Apart from being physically very demanding (imagine eating only one plantain and fish every day for 3-6 months), dietas also present them with different psychological/spiritual tests and challenges. For e.g. as sexual intercourse is highly forbidden, one may be presented with a beautifully tempting figure in their dreams or ceremonies inviting them to “the dark side”. There have been many stories of plants presenting Maestros with temptations, only to make sure they are only after their Medicine and wisdom. Going to the dark side is also an option and we might explain this in one of our future blogs. If one breaks the dieta rules, the plants will have no mercy and will wreak havoc on ones physical and mental health and we have heard and witnessed many people having serious consequences for not completing their dietas properly. While dieting, each Maestro receives that plant’s icaros (healing songs). Each plant will give a customised icaro to each Maestro and thus, icaros cannot be learned or taught by someone else. They come spontaneously in the process of dieting, same like they come intuitively on ceremonies. 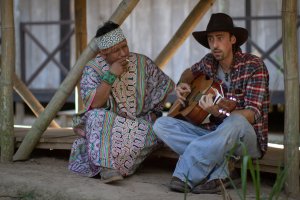 Once a Maestro has completed the three years dieting period, they can move on to the second step which is healing practice. They start to intensively drink Ayahausca which opens them up to the world of healing powers of all the plants they have dieted in the past. That is why our Maestros keep repeating that Ayahausca is only their portal which takes them to the spiritual pharmacy of their dietas. What is also very beneficial during ceremonies, is when several Maestros gather all their dietas and work as one. That means that they compliment each other with their healing powers and  unite all their wisdom together. This is the case in Pachamama temple where all Maestros are a family and live and work as one, however, we have heard of many other unfortunate scenarios where Maestros compete in the maloca and each “keep” their dietas for themselves, which only results in the guests receiving less healing. This all may sound a bit abstract and usually goes without our knowledge, but exhibitions of power and jealousy are very common in the world of Shamanism.  For example, of all our Maestros, only Maestro Feliciano has dieted coca leaves. Unlike cocaine that has been demonized by greed and widely misused, unrefined coca is a sacred plant and a very powerful teacher. When we have a guest in Pachamama temple who is struggling with a cocaine addiction, all other Maestros will call Feliciano to take over as he is the one who has an icaro from coca leaves and is the most capable to help this guest realise the nature of his/her addiction. This is just one example to give you a better perspective on what it means when Maestros work without vanity and only to heal. Each plant has a different healing power and according to what the Maestros “see” when they sit in front of our guests, they call upon that plant to help them heal. And that is when the icaros come, spontaneously, intuitively and customized for that particular guest and his/her healing. You might think that once a Maestro, forever a Maestro, but that is also far from the truth. Maestros have to constantly keep “refreshing” their dietas or otherwise their powers start fading away. And that means – more fish and plantain! And the learning journey never ends. Our Maestros often like to say that their work is the same like a doctor that keeps studying and improving his/her knowledge after graduating. The learning never stops and the work never stops, but seeing a sick person leaving healed, is worth all the sacrifice and is the best job in the world!

Being a Maestro of the Medicine is nothing less demanding than graduating from Medicine and understanding the process and seeing it from this perspective will definitely break every bubble of skepticism. Having faith in the healer might be the most important thing when embarking on the inner journey and understanding their sacrifice is definitely a step towards more trust in the successful healing. We hope that this article helped you to realise what it truly means to embark on the journey of becoming Maestro of Ayahuasca and that it will give you more faith to surrender to their wisdom next time you receive an icaro.