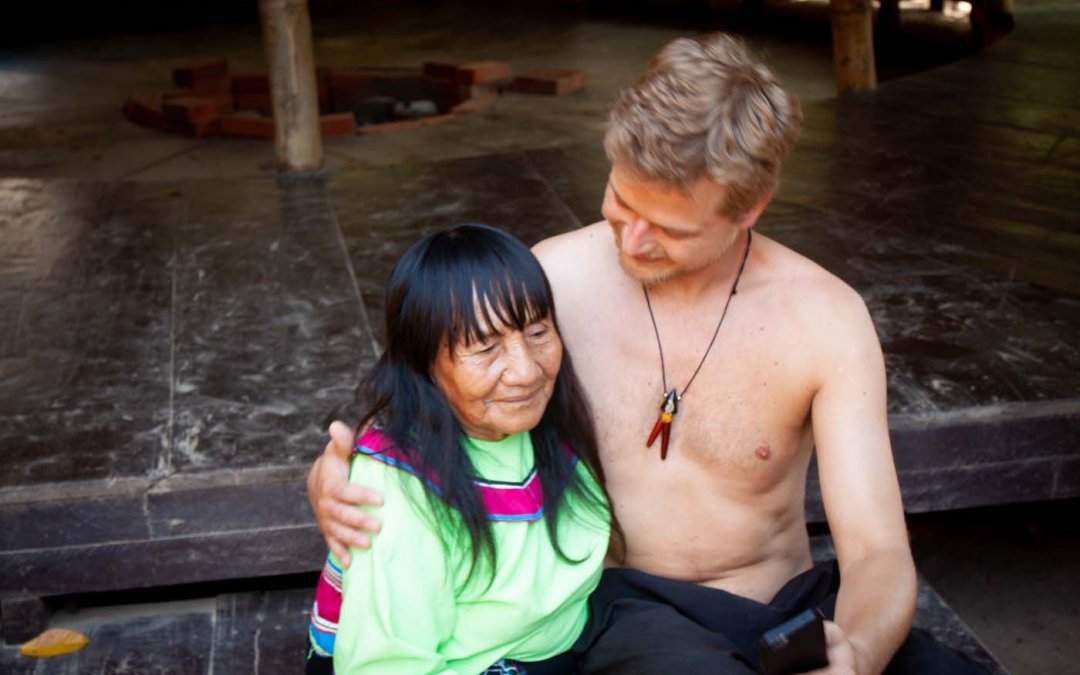 Sharing circles at Pachamama temple are, along with the ceremonies, the most important aspect of the retreat. We laugh, cry and share our deepest emotions with each other. Ceremony testimonials that you can witness during these sharing circles are often out of this world and usually followed by mind blowing transformations in the lives of our guests. We are all familiar with the phrase that our thoughts shape our own reality, but how many of us have actually felt, seen and really realised this concept and imagine how your life would transform if you could actually grasp the essence of it and integrate in your daily life. Below is a testimonial from one of our guests who came for a 12 day retreat and decided to leave after one ceremony, saying that he needs nothing more from Ayahausca and he received more than he could ever have dreamed of. His life after the retreat was forever changed and this is his testimonial. Enjoy your reading!

I drank Ayahuasca and after 30 minutes, the effect was already strong, and the inner work started. I entered the state in which I could see my mind’s operating system and processes arising as a result. I was in control of it all. My mind was like a computer processor involved in past and future. Then I started disconnecting the unnecessary processes, just crossing them out. Those were fear, pain, and doubt. I began to turn off all those negative processes until I was brought at the time here and now, without any mind processes and, in fact, in this moment I felt I existed for the first time. One of those negative processes was the one associated with my wife and daughter and wondering whether it is worth closing this process or not. (My intention was to resolve the situation with my wife and daughter and asked Ayahausca to give me advice). And then again I began to doubt, think, worry and so on. Then I closed this process and the torment stopped. Then another process was launched and so on. In that moment I realized that my choices and my thoughts formed absolutely everything that surrounds me, parents, friends, wife, business, absolutely everything. Even these Indians ???? Every time I made a choice, everything happened. I realized that everything I call reality was only a collection of my mental processes. I also realised that to a certain extent, other people’s processes intervene into my reality as well. At this point, I was receiving an icaro from one of the Shamans who turned out to be special for me. There was something in his song that resonated with me and touched me profoundly. In this state, I could clearly understand what he sang, although he sang in Shipibo. He sang that from now on I am free, and I can consciously form my reality. Then he blew something over my head, and I felt a wave of the most magical energy. I was overwhelmed by joy. I felt worthy and everything was available to me. Anything was possible and at the same time I felt only at the very beginning of the path. Then the Shaman moved to the guest next to me and I realized that for these Shamans everyone is equally worthy, everyone is special. Then I started thinking about the choices of other people. Here are the Shamans, helping some strangers to heal. Why they do this? Giving night after night. One guest after another. Some of them devoted to this almost all their life, why? I realised that at this point in space and time, we created each other to give something to each other. Then, a strange thought visited me that the one who gives the most, always receives the most…I fully realised that we choose our own reality because the reality is essentially ready for our choices, whatever they might be. Then I started to let go and then there was the question, who am I? Who am I? And the answer was quite simple – no one. I am not this body; I am not my ego; I am nobody, but this nobody can still choose anything. It is the body that wants pleasures, it is the body that does not want pain. It is the ego that wants success, power, influence… but I am the one that makes the choice, I am the one who decides.